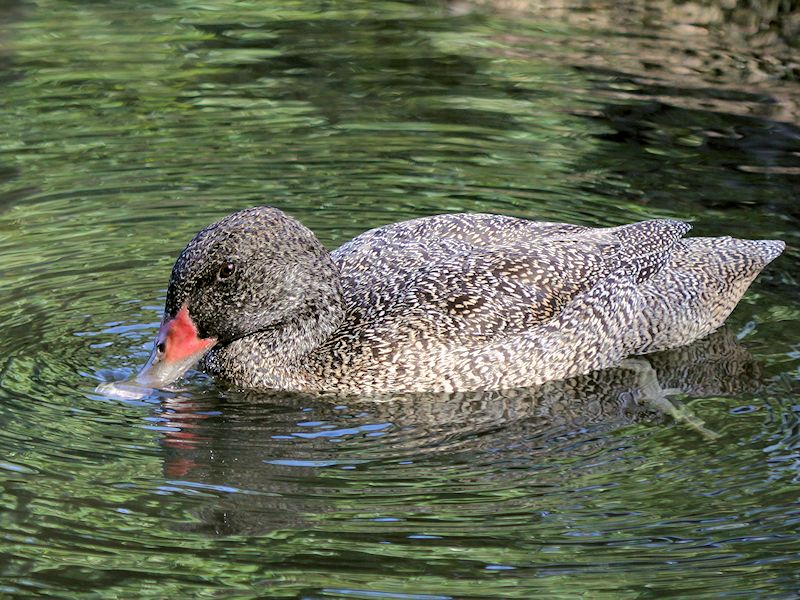 The Freckled Duck feeds by dabbling, it is native to Southern Australia and is protected by law.

When disturbed the Freckled Duck has a habit of circling repeatedly which makes it particularly vulnerable to poaching.

The main threat to the Freckled Duck is loss of habitat due to potential irrigation from Rivers which would reduce the amount of flooding and therefore Swamps and Wetlands.

Appearance - Male
The male has a Light Grey and Brown even plumage with small White 'freckles'. The bill is Grey with Red at the base and the eyes are Brown.

Appearance - Female
The female is similar to the male but lacks the Red at the base of the bill.

Nest
The nest is built with woven twigs, lined with layers of down position at or near water level. 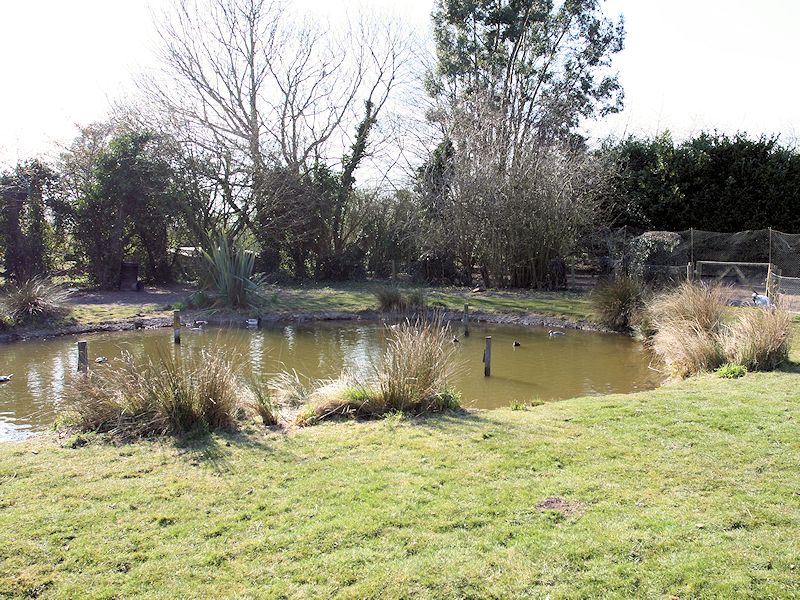 The Freckled Duck can be found in the Geese Of The World Zone, along with the following wildfowl:-