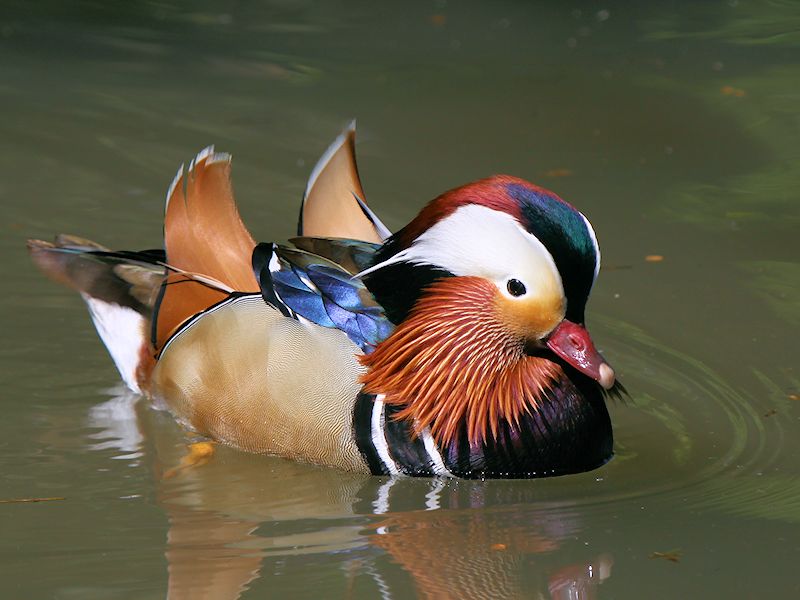 The Mandarin or Mandarin Duck is a perching duck and is closely related to the North American Wood Duck.

The Mandarin was named due to its striking appearance which resembles the Chinese Mandarin dress.

The greatest threat to the Mandarin is loss of habitat due to loggers and also hunting. They are currently classed as Least Concern.

Appearance - Male
The male Mandarin has a Red bill, large White eye-stripe, Reddish face and whiskers. A Purple breast with two vertical White bars, Ruddy flanks, two Orange sails at the back. The feet and legs are Yellow.

Appearance - Female
The female is Grey/Brown with a thin White eye-stripe which circles the eye, Grey bill, and dark Yellow legs.

Nest
The nest is built in hollows in trees close to the water. 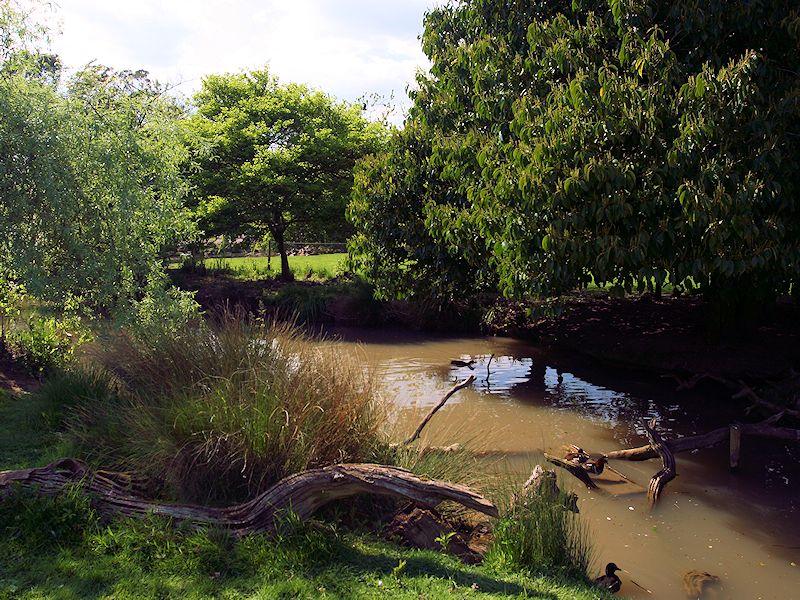 © Nigel Key Geese Of The World Zone (WWT Slimbridge May 2013)

The Mandarin Duck can be found in the Geese Of The World Zone, along with the following wildfowl:-