The Rosybill, also known as the Rosybill Pochard, is from South America. And although classed as a Diving Duck the Rosybill is often seen feeding by dabbling or Grazing.

The Rosybill keeps its plumage all year round so doesn’t moult into eclipse plumage.

The Rosybill is common over South America and is classed as Least Concern, however there is a minor threat from hunting.

Appearance - Male
The male has a dark head with a Purple sheen, Red eyes, a Red bill with a Black tip and a Red basal knob. The upper-parts and breast are Black, the wings are Black with a White stripe and the vermiculated flanks and under-parts are light Grey. The legs and feet are light Orange.

Appearance - Female
The female has Brown plumage with a White face, Brown eyes and a Slate Grey bill.

Nest
The nest is built on the ground lined with down, amongst vegetation and near to the water.

Eggs
Quantity: 8 to 12
Colour: Cream or White with a Green tinge. 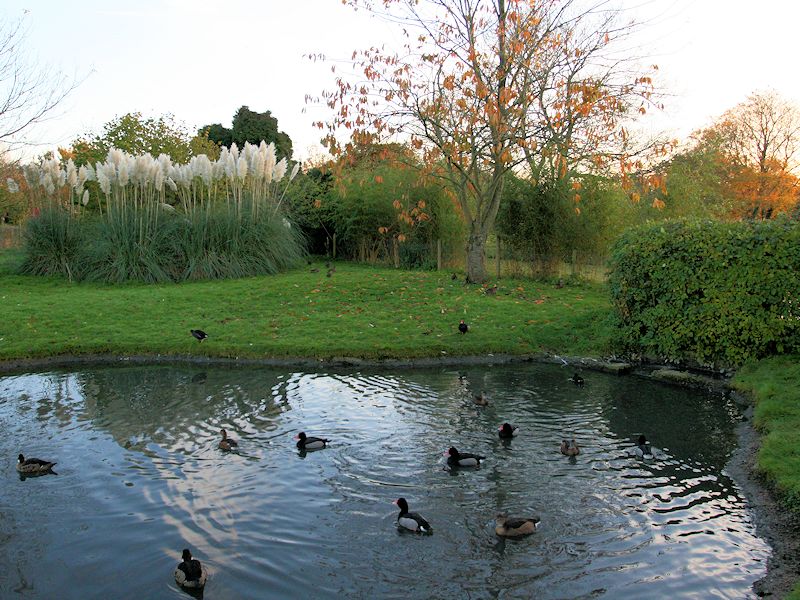 The Rosybill can be found in the Andean Flamingo Zone, along with the following wildfowl:-