The Common Merganser, also known as the Goosander, is a Sea Duck and is as much at home in salt water as fresh water. They have serrated edges to their bills to help them grip fish, eels etc.

The Merganser is an expert diver and can expertly catch fish, such as Salmon and Trout making them unpopular with fishermen.

Appearance - Male
The male has a Black iridescent Green crest, head and neck, Red hooked bill, Black upperparts, White Breast with a Salmon/Pink tinge and flanks, White underparts wirh a Grey tail and rump. The feet and legs are Red/Orange.

Appearance - Female
The female has largely Grey plumage, with a Red/Brown head, White chin and White secondary feathers on the wing.

Habitat
Lakes and Rivers of forested areas of Europe, North and Central Asia and North America.

Nest
Nests in tree hollow or large nest boxes or holes in cliffs. 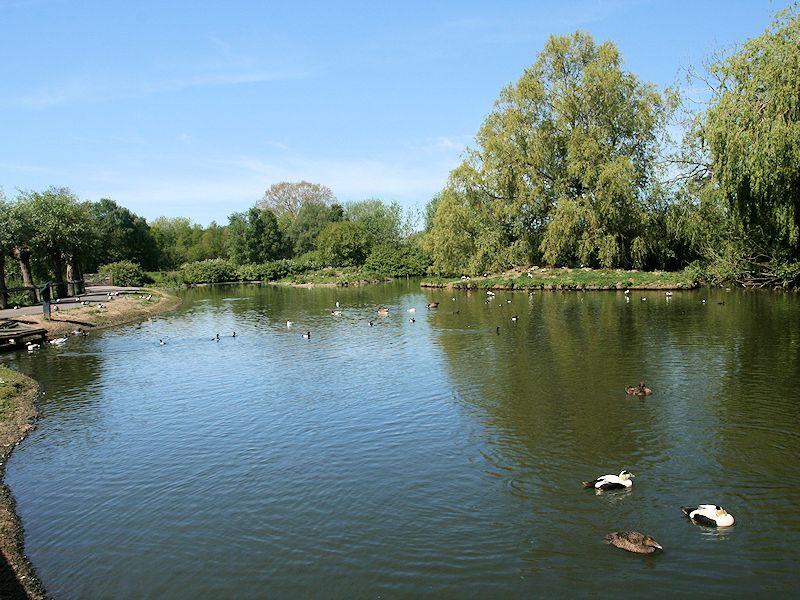 The Common Merganser was found in the Tundra Zone, along with the following wildfowl:-