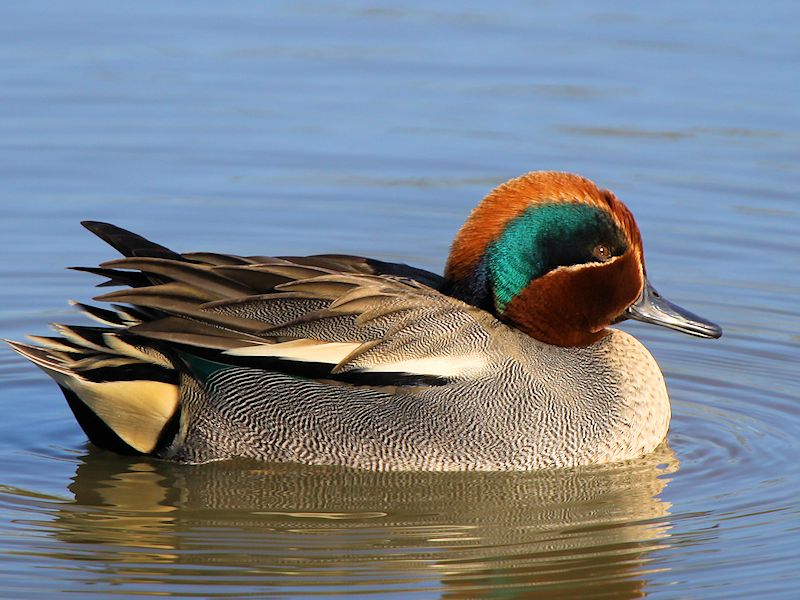 The Eurasian Teal, also known as the Teal or Common Teal, is the smallest dabbling duck in Europe.

The Eurasian Teal is similar to the Green Winged Teal which differs by having a vertical white stripe on the side of the breast and a much less defined white border around the green stripe on the face.

The Eurasian Teal can be seen from either the Hogarth Hide or the Discovery Hide of the South Lake.

Appearance - Male
The male has a bright Chestnut head and neck with a wide metallic Dark Green stripe running from the front of the eye to the neck which is bordered with White which extends to the base of the Dark Grey bill. The flanks and mantle are vermiculated with Pale Grey and Black, the speculum is Metallic Green bordered by White. The upper breast is Pale Cream with dark spots, the underparts are White with slight barring on the abdomen and vent. The legs and feet are grey.

Appearance - Female
The female has a Sandy Brown plumage streaked with Dark Brown.

Habitat
Sheltered freshwater Wetlands with some tall vegetation, such as Taiga Bogs or mall Lakes and Ponds with extensive reedbeds.

Nest
Nest is constructed in a hollow in the ground concealed in vegetation and lined with dry leaves and down. 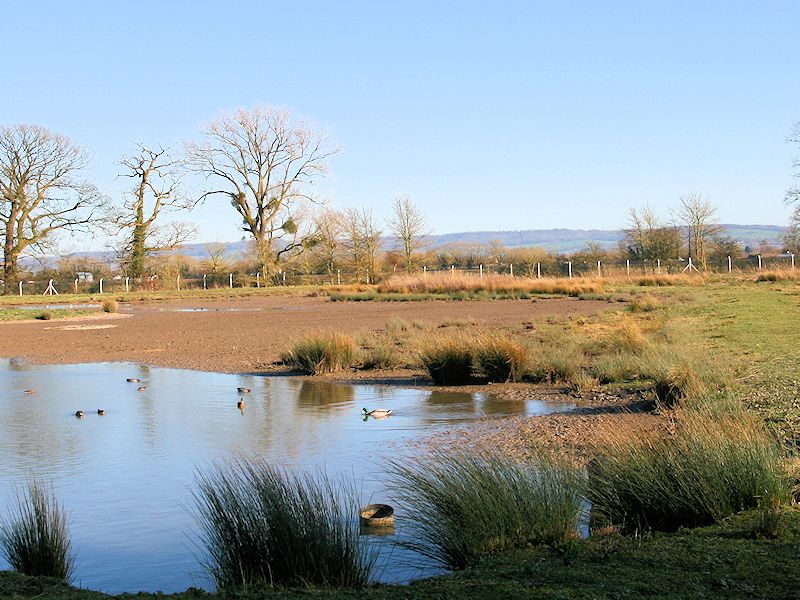 The Eurasian Teal can be found in the South Lake, along with the following wildfowl:-