The Demoiselle Crane is found in central Eurasia and is the smallest of the Cranes. It is similar in appearance to the Common Crane but is slightly smaller.

In India and Pakistan the Demoiselle Crane is refered to as the ‘Koonj’, with beautiful women often being compared to them because its long thin shape is considered graceful.

Appearance - Male
The male has Light Grey plumage with a Dark Grey head and neck. The head has a light Grey stripe from the bill to the nape and a White feather plume from the eye down the neck. The breast is Black, the eyes are Orange Red and the Legs and feet are Dark Grey.

Nest
The nest is built in patchy tall vegetation for concealment. 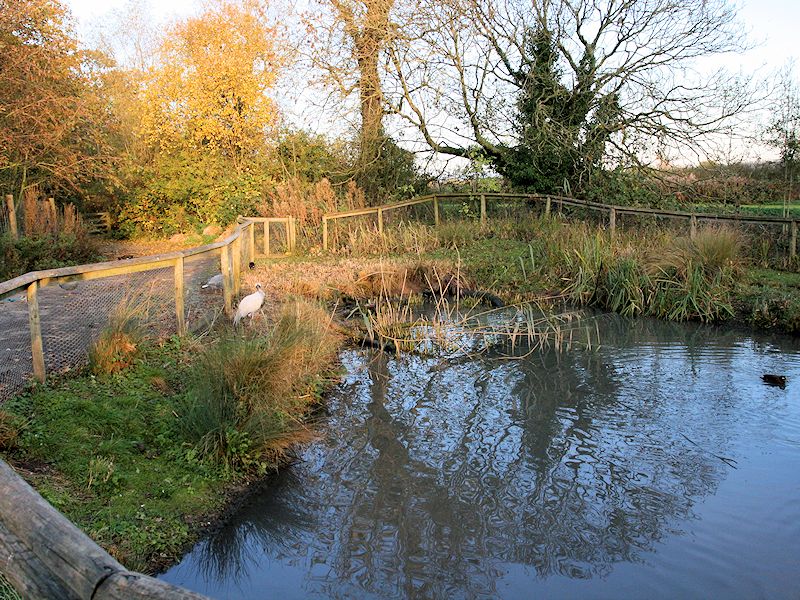 The Demoiselle Crane can be found in the Geese Of The World Zone, along with the following wildfowl:-