The Cape Barren Goose, also known as the Pig Goose, is resident in Southern Australian and was named after Cape Barren Island where they were first sighted by European explorers.

The Cape Barren Goose is able to drink salt water allowing them to stay on off-shore islands all year round.

The Cape Barren Goose was close to extinction in the mid 20th century but its numers have steadily increased due to conservation efforts.

Appearance - Male
The male has a short Black bill with a Yelowish waxy structure (called a cere), Grey plumage with Black spots on the wing feathers, Black tail and flight feathers with Pink legs and Black feet.

Appearance - Female
The same as the male but smaller.

Habitat
Grassy islands off the coast of Australia.

Breeding Time
May to September.

Nest
The nest is built by the male and lined with down in the tussocks of open grassland. 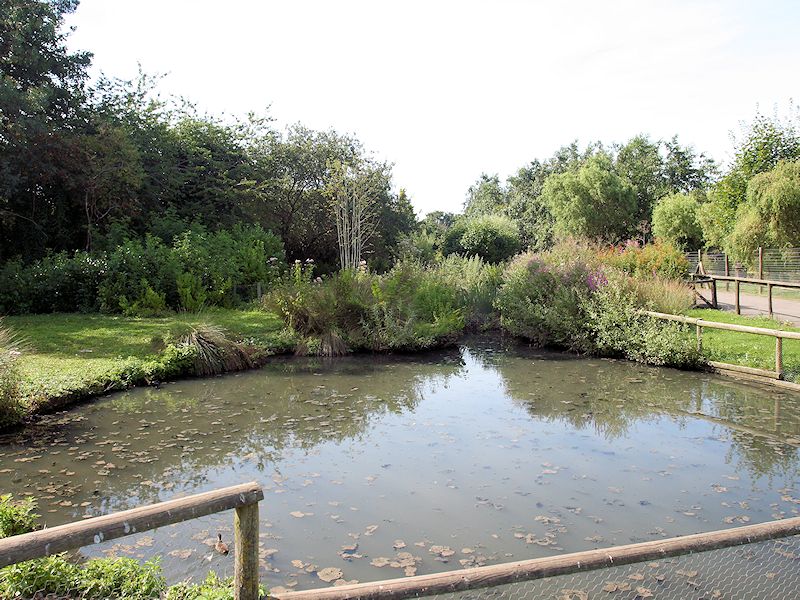 The Cape Barren Goose can be found in the Geese Of The World Zone, along with the following wildfowl:-