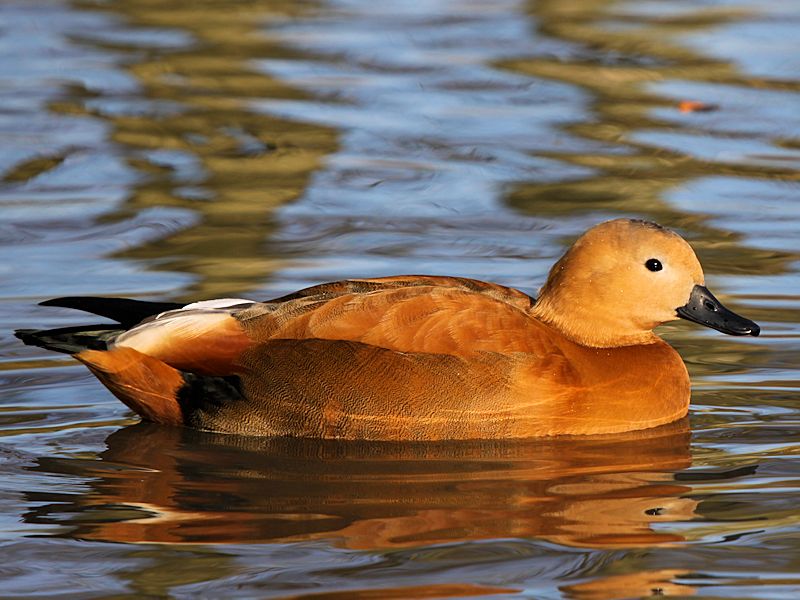 The Ruddy Shelduck is a member of the duck, goose and swan family Anatidae and is classed as a Shelduck.

In Western Europe the ruddy Shelduck is considered a pest as many captive birds have escaped and established themselves in the wild and are a threat to the native waterfowl due to their aggressive behaviour and interbreeding.

Due to this the Ruddy Shelduck is subject to an eradication scheme.

Appearance - Male
The male has Orange Brown plumage with a lighter face and crown with a Black collar around the neck just above the breast. The rump and tail are Black and the wings are White with Black flight feathers. The bill is Black and the legs and feet are also Black.

Appearance - Female
The female is similar to the male except it is lighter in the face and lacks the neck collar. It is also slightly smaller.

Nest
The nest is built in a cavity in a river bank. 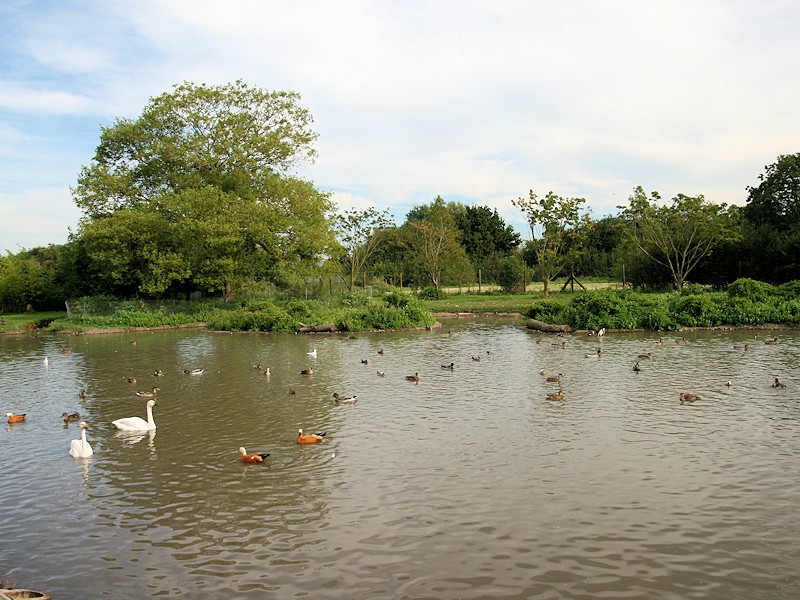 The Ruddy Shelduck can be found in the Asia Zone, along with the following wildfowl:-