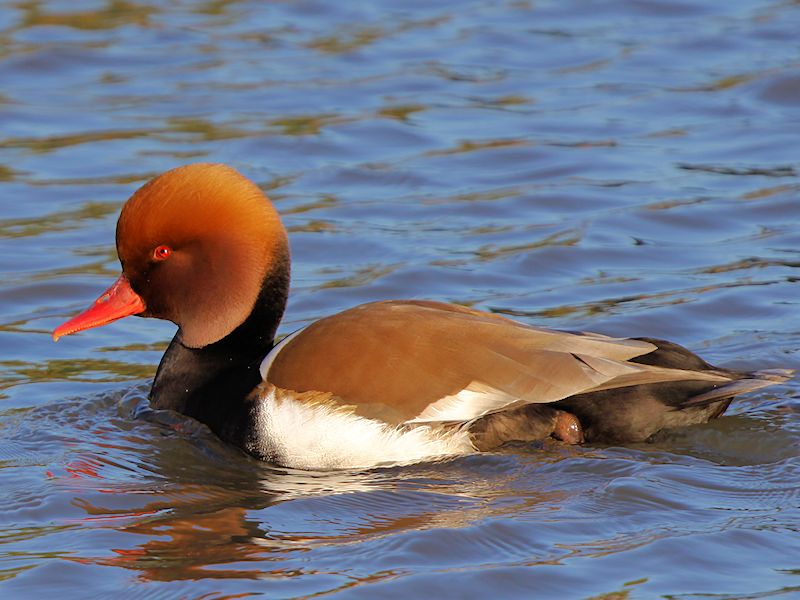 The Red-Crested Pochard is a Diving Duck from southern Europe and central Asia.

The Red-Crested Pochard is a gregarious bird forming large flocks in winter and often mix with other diving ducks such as the Common Pochard.

A feral population of Red Crested Pochard has been established in the United Kingdom which have more than likely formed from escapees.

Appearance - Male
The male has a rounded Orange/Red head, a Red bill and Black breast. The flanks are White, the back Brown with a Black tail. The eyes are Red and the legs and feet are Orange/Red.

Appearance - Female
The female has mainly Brown plumage with a darker back and crown and a Whitish face with a Grey/Brown bill. The eyes are Brown and the legs and feet are Grey/Pink.

Nest
The nest is built from roots, twigs and leaves and lined with down, amongst vegetation close to water. 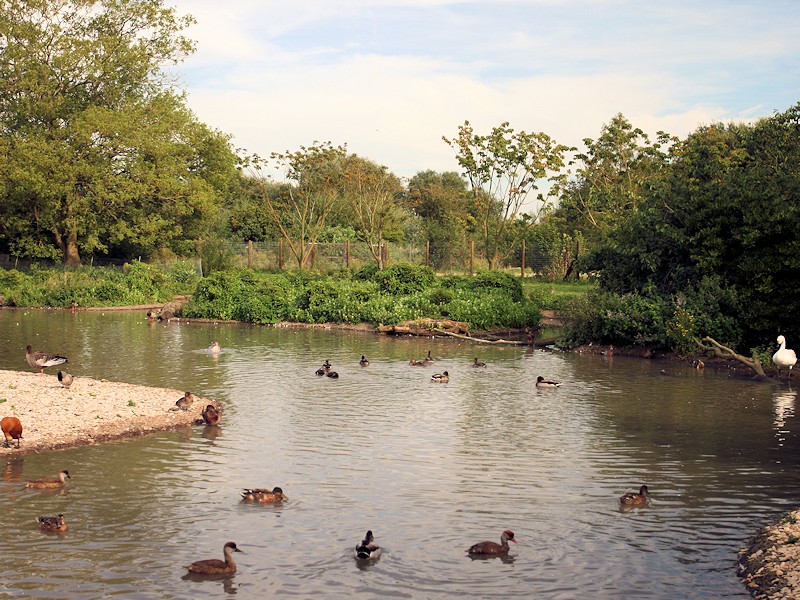 The Red-Crested Pochard can be found in the Asia Zone, along with the following wildfowl:-