The Tufted Duck is the most widespread Diving Duck in the United Kindom and Europe.

The Tufted Duck breeds widely throughout temperate and northern Eurasia and can occasionally be found as a winter visitor along both coasts of the United States and Canada.

It is believed to be increasing its migratory range due to increased open water through gravel extraction and the spread of its favourite food, freshwater muscles.

The Tufted Duck is very similar in appearance to the Ring-Necked Duck with the main differenve being the Tuft on the head.
(Compare the two Ducks.)

Appearance - Male
The adult male is all Black except for White flanks, a Blue-Grey bill and bright Yellow eyes. It has an obvious head tuft that gives the species its name.

Appearance - Female
The adult female is Brown with paler flanks and a shorter tuft.

Habitat
Marshes and lakes with plenty of vegetation to conceal the nest. They are also found on coastal lagoons, the seashore, and sheltered ponds.

Diet
They eat Molluscs, Aquatic Insects and some Plants.

Breeding Time
May and June. 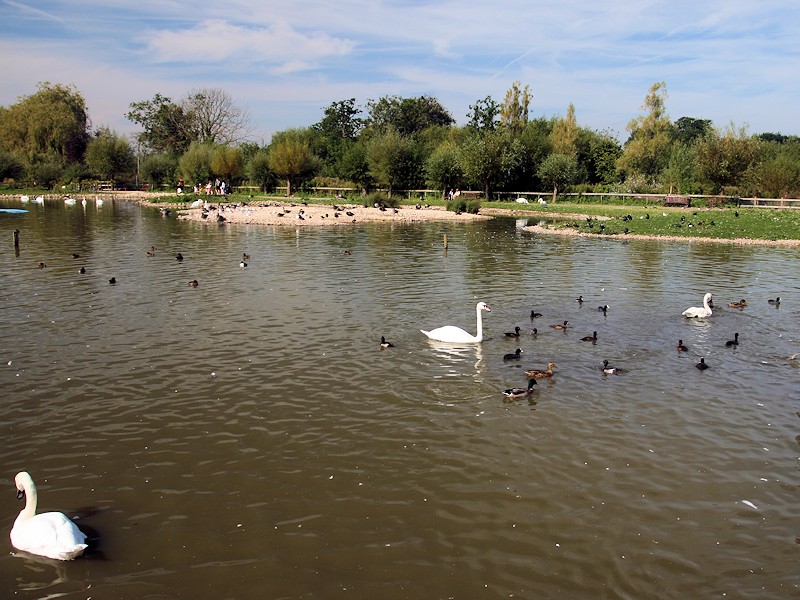 The Tufted Duck can be found in Swan Lake, along with the following wildfowl:-