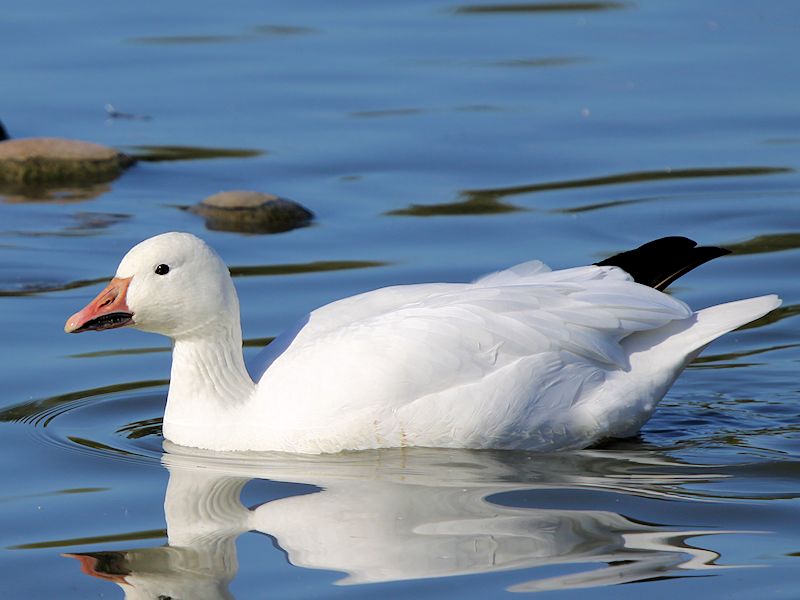 The Snow Goose, also known as the Blue Goose, is native to North America.

Snow Geese are visitors to the British Isles and are regularily seen amongst Barnacle Geese, Brent Geese and White-Fronted Geese.

The Snow Goose is similar to the Ross's Goose in appearance except it is much larger and has a less rounded head.
(Compare the two Geese.)

Appearance - Male
The male has White plumage with Black wing tips. The bill is Pink and the legs and feet are Red/Pink.

The male Blue morph has Blue/Grey plumage with Black wing tips. The bill is Pink and the legs and feet are Red/Pink.

Nest
The nest is built from vegetation on a round mound. 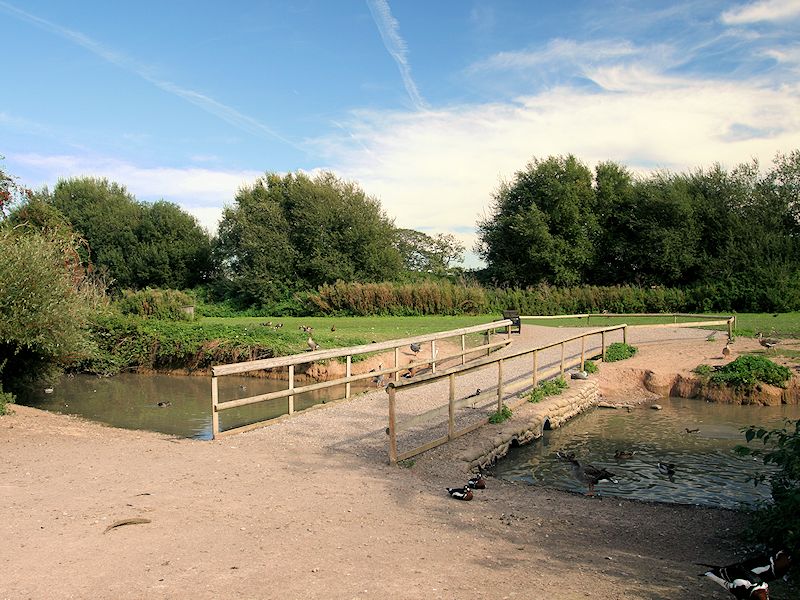 The Snow Goose can be found in the Geese Of The World Zone, along with the following wildfowl:-