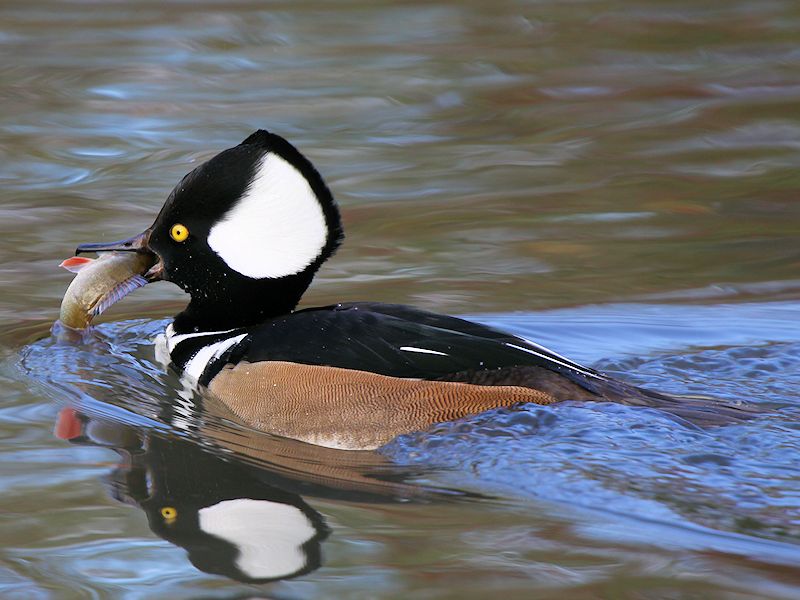 Hooded Mergansers are the second smallest species of merganser, with only the Smew of Europe and Asia being smaller.

The Hooded Merganser is a sea duck, being able to dive for fish and staying underwater for some time and using its sawbill to catch and grip the fish.

Hooded Mergansers are short-distance migrants, wintering in the United States wherever temperatures allow for ice-free conditions on ponds, lakes and rivers.

Appearance - Male
The male Hooded Merganser has a black head with a large white patch from behind the yellow eye to its bushy crest which can be expanded or contracted. The neck and back are black with a black band across a white breast, reddish-brown flanks, and a thin black beak.

Appearance - Female
The female has a dull brown head with a smaller red-brown crest, upperparts are brownish-grey with greyish upper-breast, flanks, and white lower-breast.

Habitat
Swamps, lakes, rivers and wooded ponds of the northern half of the United States and southern Canada.

Breeding Time
March to Early May 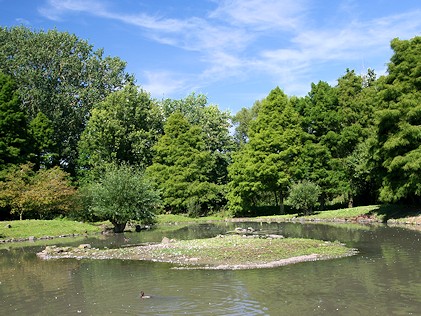 The Hooded Merganser can be found in the North America Zone, along with the following wildfowl:-