The Grey-Crowned Crane is the national bird of Uganda and features on the country's flag.

They spend all day looking for food and they spend the night sleeping and resting in trees.

The Grey-Crowned Crane is threatened by loss of habitat due to drainage, over grazing and use of pesticides. It is currently classed as Endangered.

Appearance - Male
The male has a Black head, a Grey bill, White cheeks with Red, a Red patch at the back of the head, a crest of Golden feathers, and a Red gular pouch hanging from the throat. The plumage is mainly Grey with White and Gold wings. The legs and feet are Dark Grey.

Nest
The nest is built on a platform of grass and plants in wetland vegetation. 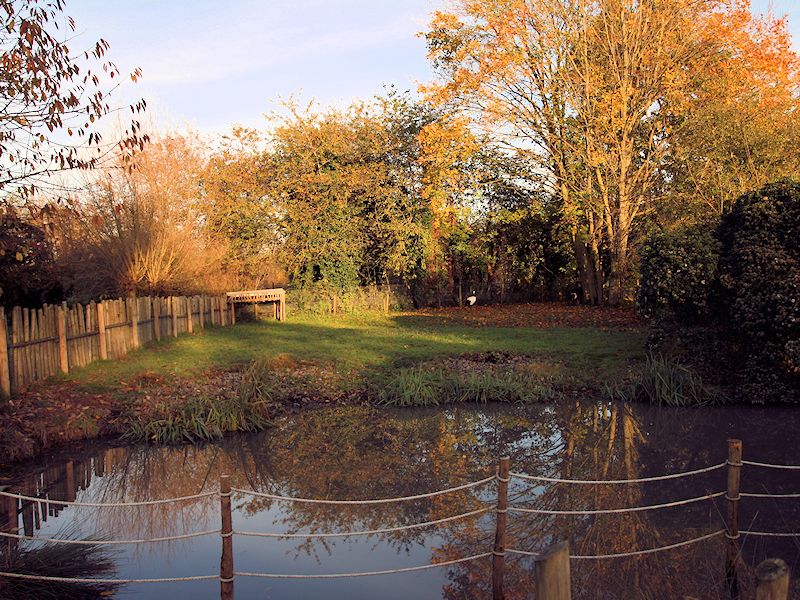 The Grey-Crowned Crane can be found in the Lesser Flamingo Zone, along with the following wildfowl:-