The Barnacle Goose belongs to the Branta genus which consists generally of species with largely Black plumage, distinguishing them from the Anser genus who largely have Grey plumage.

The Barnacle Goose can be distinguished from the Canada Goose by it's full White face rather than just White cheeks.
(Compare the two Geese.)

Appearance - Male
The male has a White face and Black head, Black bill, Black upper breast with a White belly. The wings and back are Silver/Grey with Black and White bars. The underwings and rump patch are Silver/Grey.

Appearance - Female
Same as the male.

Breeding Time
May to June

Nest
Their nests are built high on mountain cliffs in a shallow depression. 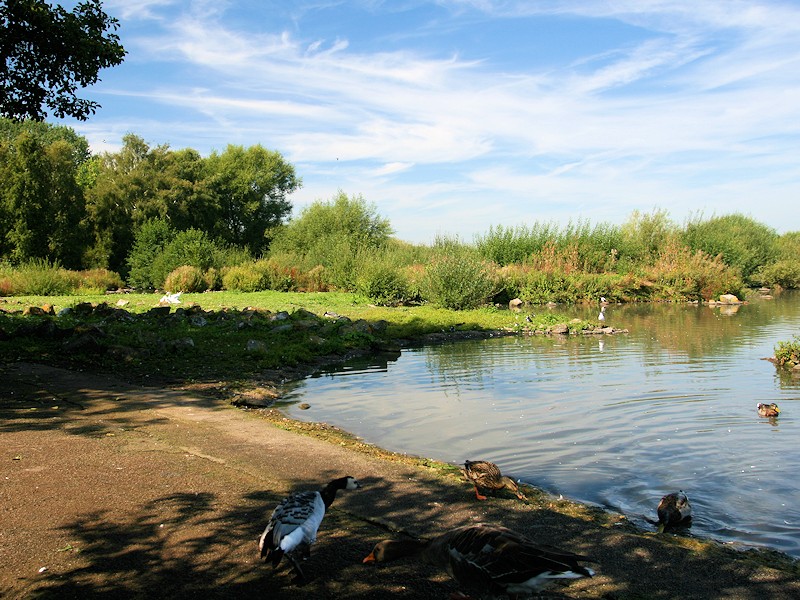 The Barnacle Goose can be found in the Tundra Zone, along with the following wildfowl:-