The Blue-Winged Teal is a dabbling duck from North America. It is closely related to the Cinnamon Teal with females and immature birds being very difficult to tell apart.

The Blue-Winged Teal are generally the first ducks to go South in the Autumn and the last ones to go North in the spring.

The Blue-Winged Teal is affected by the loss of Wetlands and drought. The population is not considered in danger of extinction and is currently classed as Least Concern.

Appearance - Male
The male has a Greyish Blue head with a White facial crescent, a Black bill, a light Brown/Black body with a white patch near the rear and a black tail. The wing coverts are Light Blue, the speculum is Green and the legs and feet are Yellow.

Appearance - Female
The female is mottled Brown with a dark crown, a small White patch round the bill and a dark stripe across the eye. The wing coverts are Light Blue, the speculum is Green and the legs and feet are Yellow.

Nest
Nests are built in a shallow deression in grassy areas on dry ground and lined with grass and down. 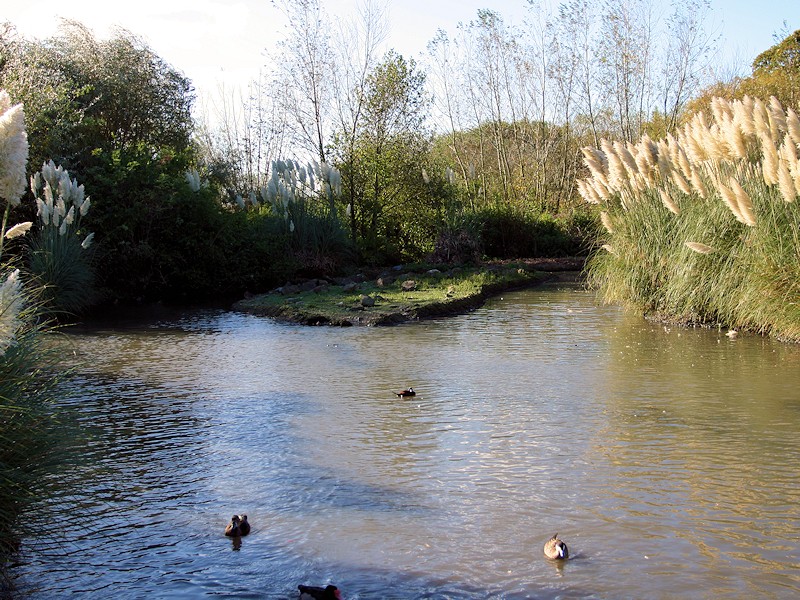 The Blue-Winged Teal can be found in the Pampas Pen Zone, along with the following wildfowl:-