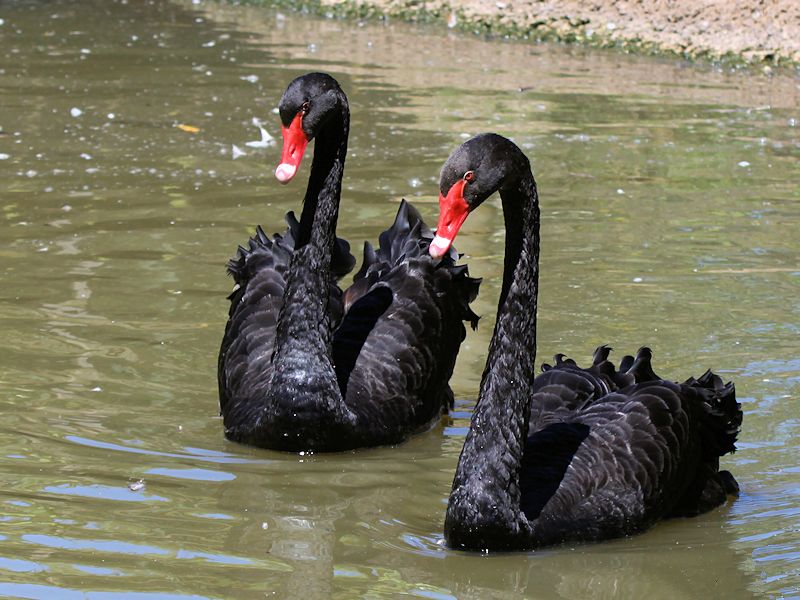 The Black Swan is common in the South West and Eastern parts of Australia and coastal islands. It was hunted to extinction in New Zealand but has since been reintroduced.

The Black Swan has the longest neck relative to its size of all the Swans. When they are swimming, they hold their neck arched or erect and often hold their wings raised in an agressive manner.

In New South Wales the Black Swan is protected under the National Parks and Wildlife act.

Appearance - Male
The male has Black plumage with White flight feathers. It has a Red bill with a pale bar and tip and Grey/Black legs and feet.

Appearance - Female
The female is similar to the males except slightly smaller.

Nest
Nests on a mound built from reeds, grasses and weeds.

The Black Swan can be found in the Australia Zone, along with the following wildfowl:-